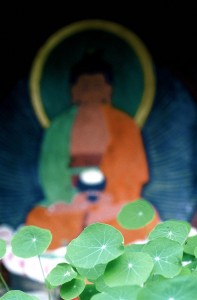 Kushinagar in Eastern Uttar Pradesh, India, is as remote as it is small. It is not a tourist destination. It has no airport. It does not even have a train station, which is saying something in a country that boasts one of the world’s most extensive railway systems. At other times in its history, it has been known as Kushawati and Kushinara. Regardless of its name, it has been the end point for Buddhist pilgrims since before the 5th Century A.D. The remnants of his cremation stupa marks the location of Buddha’s last breath. This is the reason that Kushinagar exists at all.