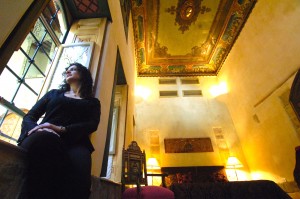 Originally Published on May 23, 2010 (Honolulu Advertiser)

“Beit al Mamlouka means The House of the Slaves,” explained May Mamarbachi, owner and visionary of the first boutique hotel in Damascus, Syria. “I named it after the Mamluks, who were the slave class of Egypt in the 13th century but then they rose to rule as kings over much of the region that is now known as Jordan, Syria, Palestine and Israel.” For May no detail is too small or insignificant. “It took me over one year to decide on the right name,” she confessed through piercing blue eyes.

Beit al Mamlouka is slavishly luxurious. It is a resplendent oasis of sublime Middle Eastern art and textiles amidst the bustle of one of the oldest cities on earth. So old in fact, that to my taxi driver this metropolis is still known as Al Sham.

May and I sat in the central courtyard of what was once a Damascene home built in the mid-1700’s. May explained, “My family is from Aleppo in the north and I love it there. But I knew I wanted to do something special here in Damascus.” Special doesn’t quite capture what she has accomplished. 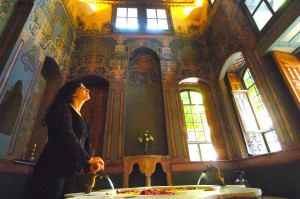 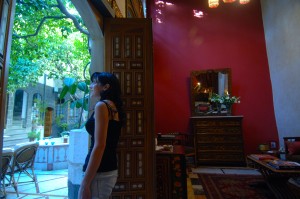