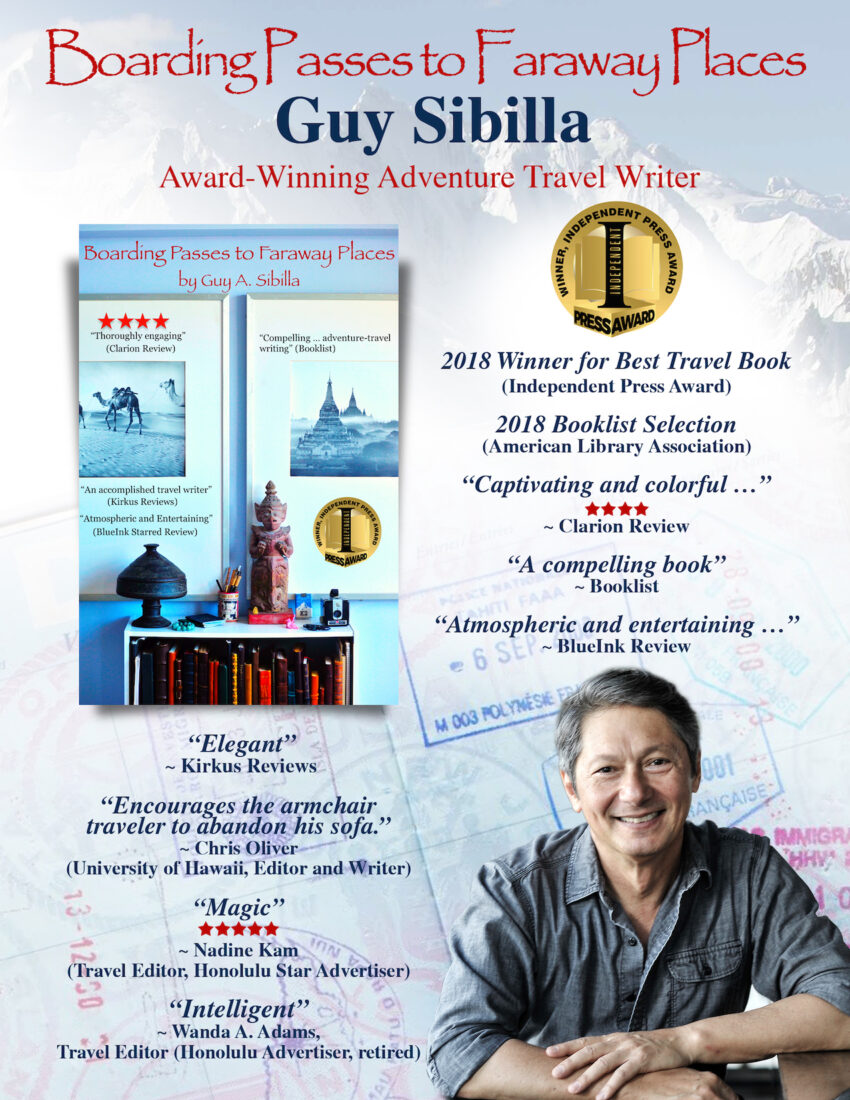 Guy Murashige Sibilla is an award-winning author (Boarding Passes to Faraway Places – Barnes & Noble 2018), travel writer, and 2021 Emmy Award-winning Television Script Writer and Producer. He lives between Honolulu, Hawaii and Yokohama, Japan. He matriculated from the College of William & Mary in Virginia with as an Artium Baccalaureus Degree in Government and English Literature with an emphasis in poetry.

His Japanese mother and Italian father conferred upon him the status of military brat, which took him to live in Europe. Never one to sit still, he joined the Trans-Atlantic Council of the Boys Scouts of America and began climbing mountains in Switzerland and Germany. On one occasion that he can’t fully discuss and for which he is not particularly proud, he was questioned by the Military Police as a juvenile in Würzburg for carrying live WWII ammunition onto post that he and his patrol of Boy Scouts found in a previously undiscovered Nazi bunker. Ever since, he has sworn off weaponry, climbed mountains and trekked across the globe as living proof that “Those who wander are not necessarily lost.”

In spite of his reckless disregard for his own personal safety, he has managed to travel extensively for over thirty years throughout the Americas, Europe, Africa, Asia, Australia, and the Pacific Basin. As a contributing editor with Honolulu Magazine for 15 years, his award-winning stories and photographs have appeared in the domestic press and abroad.

His life continues to be a work in progress as is his book of One Hundred Love Sonnets.